After the glories of yesterday, today was bit less dramatic. Â We saw some nice sights, but they were from relatively recent times.

That’s what Egypt can do to you.

Other than Roman wall fragments, we visited Coptic Cairo. Â The Coptic, or Egyptian, Church is probably the oldest Christian denomination in the world. Â Christians make up around 15% of the Egyptian population, most members of the Coptic Church. Â In addition to the Coptic Museum, we visited two churches, the Hanging Church, which dates back to Roman times, and a church set on land where Jesus, Mary, and Joseph supposedly stopped while they were in Egypt hiding from Herod’s wrath.

After that, we visited an old synagogue. Â Then it was the Saladin’s citadel and the mosque of Mohammed Ali. Â Not the boxer, but the adventurer who became ruler of Egypt in the early 1800’s, cementing his rule by inviting the ruling Mameluk tribes to dinner one evening and having them all slaughtered. Â Mohammed Ali is credited with bringing Egypt into the modern world, and the dynasty he founded ruled Egypt until the revolution of 1952.

After that, we visited the Khan el-Khalili market, a wild collection of shops where you can buy any kind of tourist trinket you want, but where you’d better be ready to dicker over prices. Â Which is, if you’re of a certain mind, a lot of fun: it’s like stepping into the Arabian Nights, complete with a couple hundred Ali Babas. Â Or would, if Ali Baba sold t-shirts and statues of Egyptian gods that were largely made in China.

It’s now the end of a long day, and I’m feeling a bit disorganized. Â So here, with little rhyme or reason, are pictures taken from this collection of adventures. Â It’s up to you to figure out which site is which. 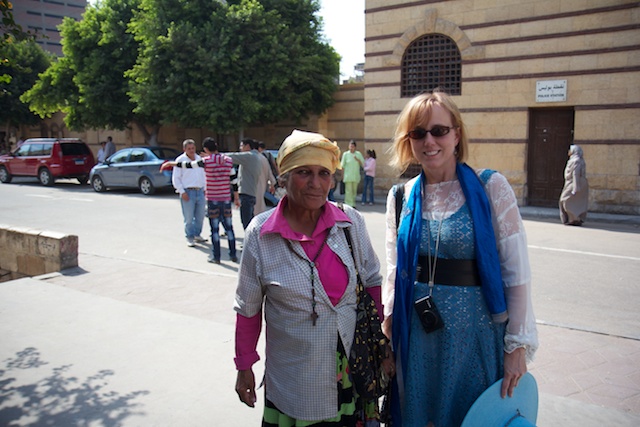 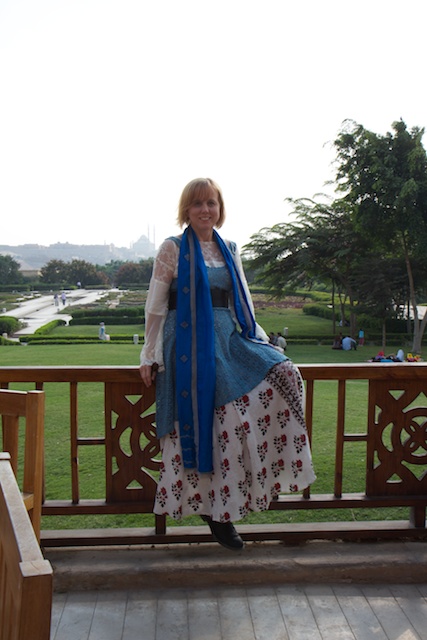 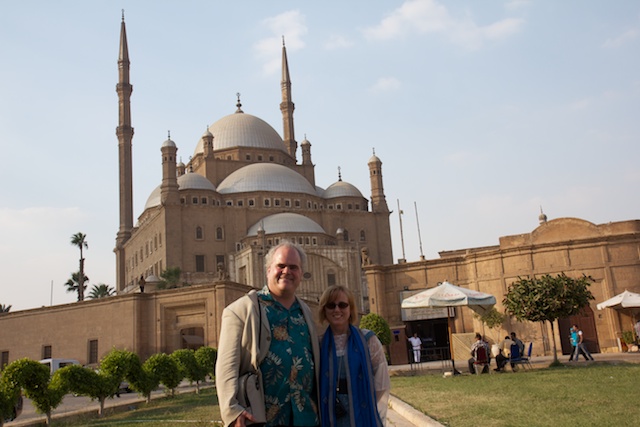 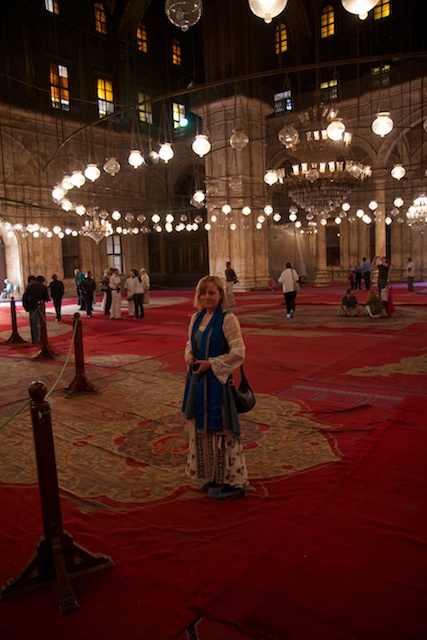 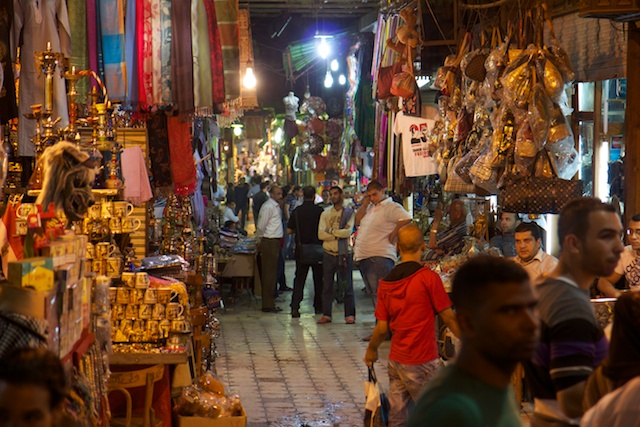 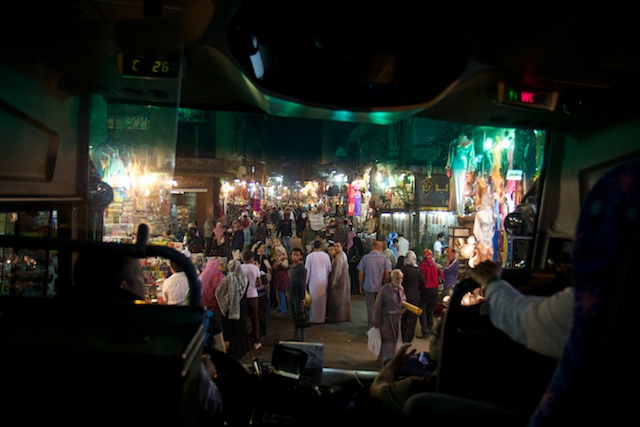 The last picture requires a bit of explanation. Â It’s the view through our bus’s windshield as we drove out of the market. Â Somehow, the driver managed to avoid killing any pedestrians or knocking down any wares, an act of automotive brilliance on a par with inventing the pyramid.