From New Orleans, our road trip took us across several of the Confederate states. Â Louisiana to Mississippi to Alabama to Florida to Alabama to Georgia.

Wait – did you say Florida? Â That’s not on the route.

Julie thought it was daft. Â Ah well, not the first time I’ve done something she thought was daft.

Then, after a day’s driving, we hit Atlanta. Â And had much fun, including our next road trip special guest star, Jen Bon. 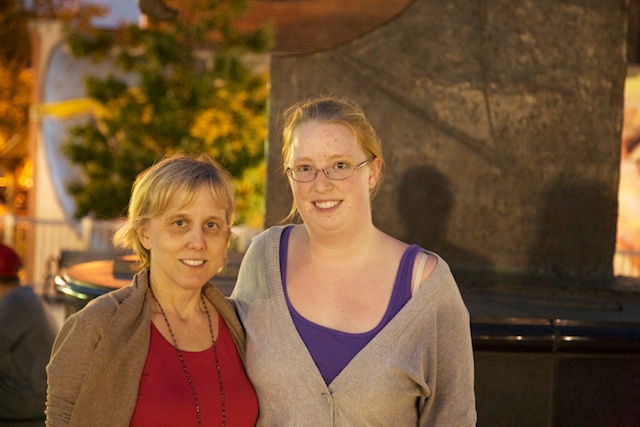 Jen has been daughter Kate’s best friend since pretty much kindergarten. Â She’s now in grad school for chemistry at Emory outside Atlanta, so we took the opportunity to take her out for sushi. Â And a delightful meal it was – Jen’s good people.

For our full day in Atlanta, we did the following:

– Took the CNN tour, where I got a chance to play newscaster. 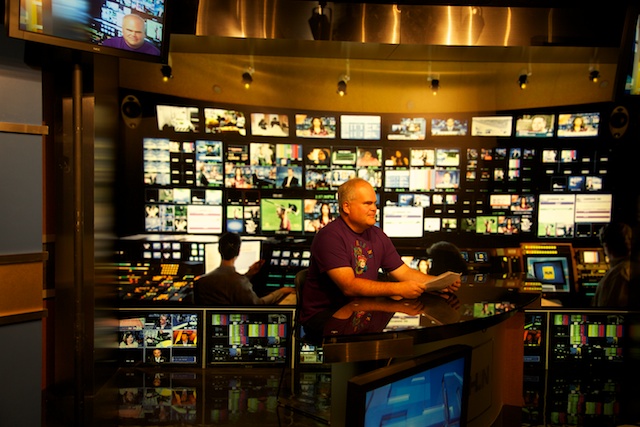 – Saw the Atlanta Cyclorama, a painting the size of a football field of the Battle of Atlanta. Â Here’s a small piece of it, complete with tour guide to give a sense of scale: 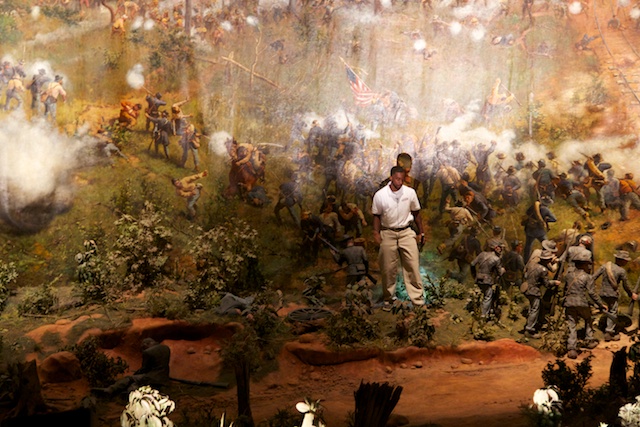 – Visited Stone Mountain, gigantic carving of the heroes of the Confederacy. Â (Atlanta is the city of Big Art.) 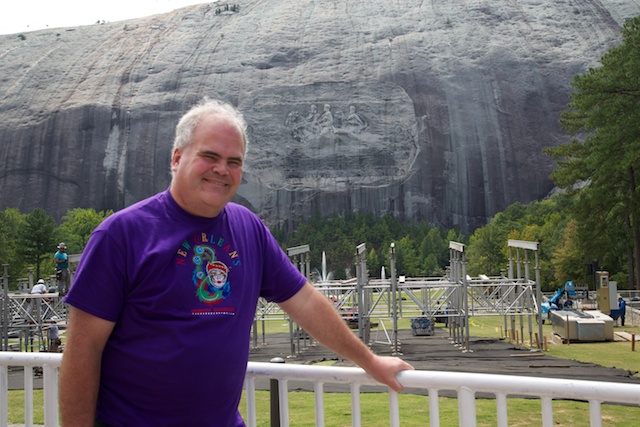 – Visited the High Museum of Art, a marvelously designed art museum with lots of good stuff. Â (Julie called this her favorite of the many art museums we visited on this trip.)

– While we visited the High Museum, we found that it was in an arts center that included several theaters. Â We took the opportunity to see “What I Learned in Paris,” a new play being put on there. Â The play was a romantic comedy set against the election of Maynard Jackson, the first African American mayor of Atlanta. Â The play had a real Shaw feel to it, being about an arrogant smart guy who is outdone by the life force of a dynamic woman. Â Any resemblance to your author is entirely coincidental. Â Great stuff.

– Enjoyed the view of the Atlanta skyline from our hotel room. 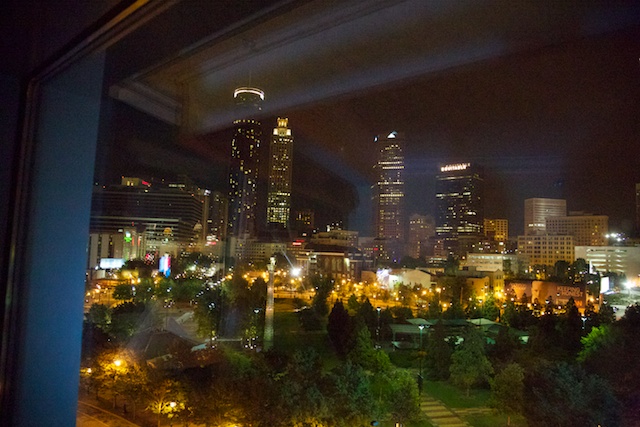 All in all, Atlanta was much fun.