And speed limits in MPH instead of KPH. Which was the first sign we had crossed the border – there was no sign welcoming us to the United Kingdom.

We stayed two nights, Thursday and Friday, at the Titanic Hotel in Belfast.  It was set in the building that once housed the offices of Harland and Wolff, the company that built the Titanic.  We got a tour on Thursday night from a bellboy of the offices.  It was terrific.

The decor in the rooms was Titanic retro – very cool. 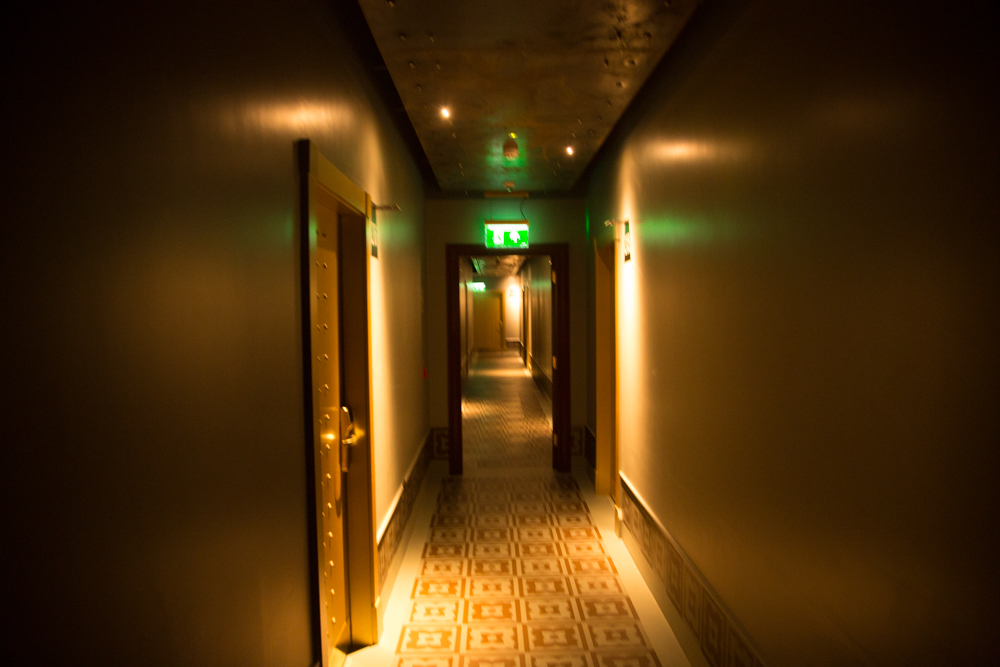 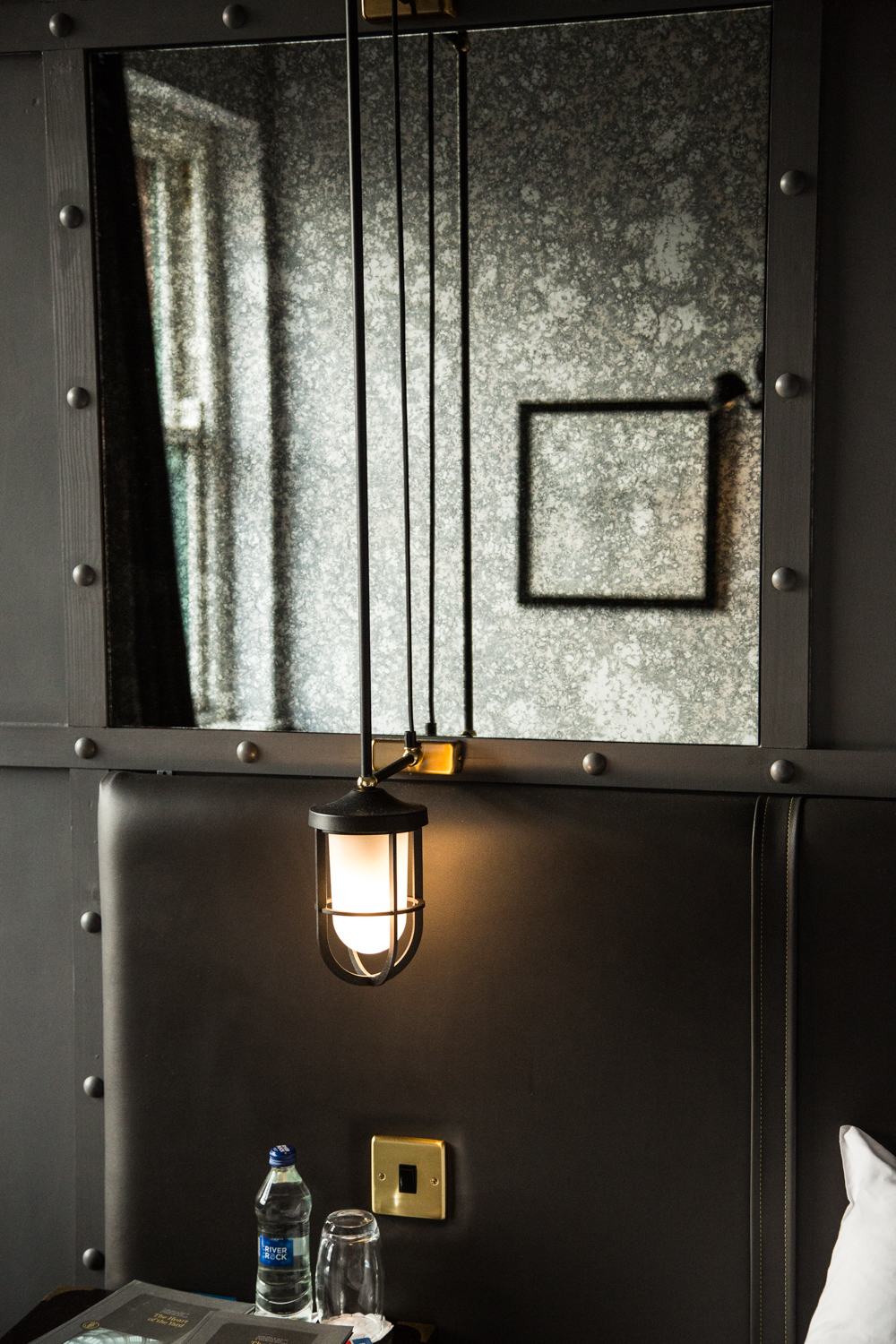 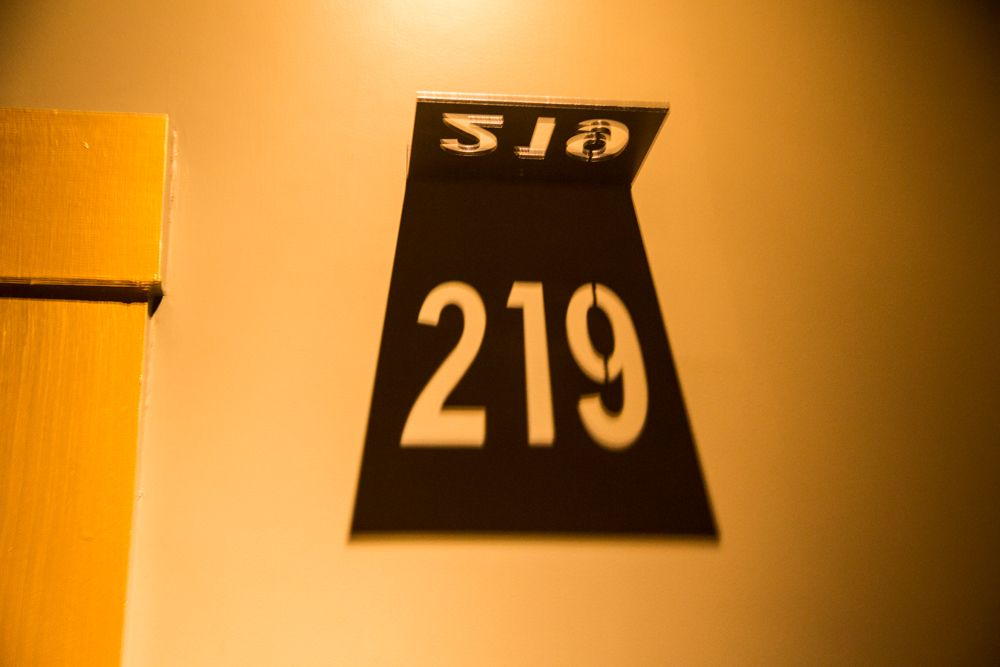 The next morning, we did the museum tour.  The museum is a wonderful depiction of the life of the Titanic, from building to sinking to its rediscovery on the ocean floor.  Most excellent.  (Joe: 5) 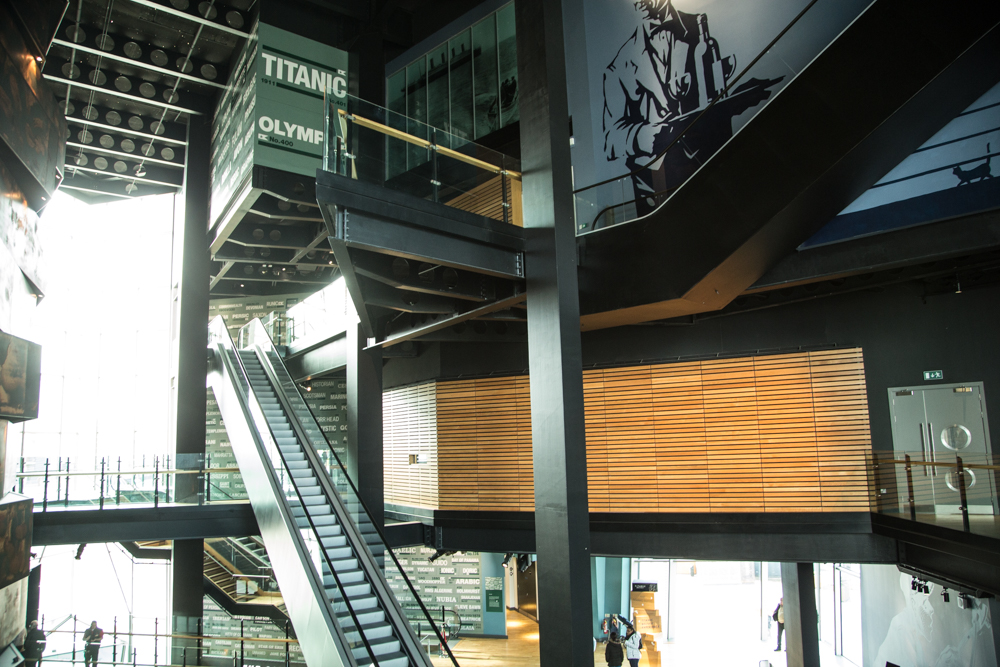 And hoo boy, was it geeky.  They had short and long benches arranged around the museum to spell out the last morse code messages sent by the Titanic.

That afternoon, we visited the Giant’s Causeway on the northern coast of the island.  (Joe: 4.  Maybe 4.5.) 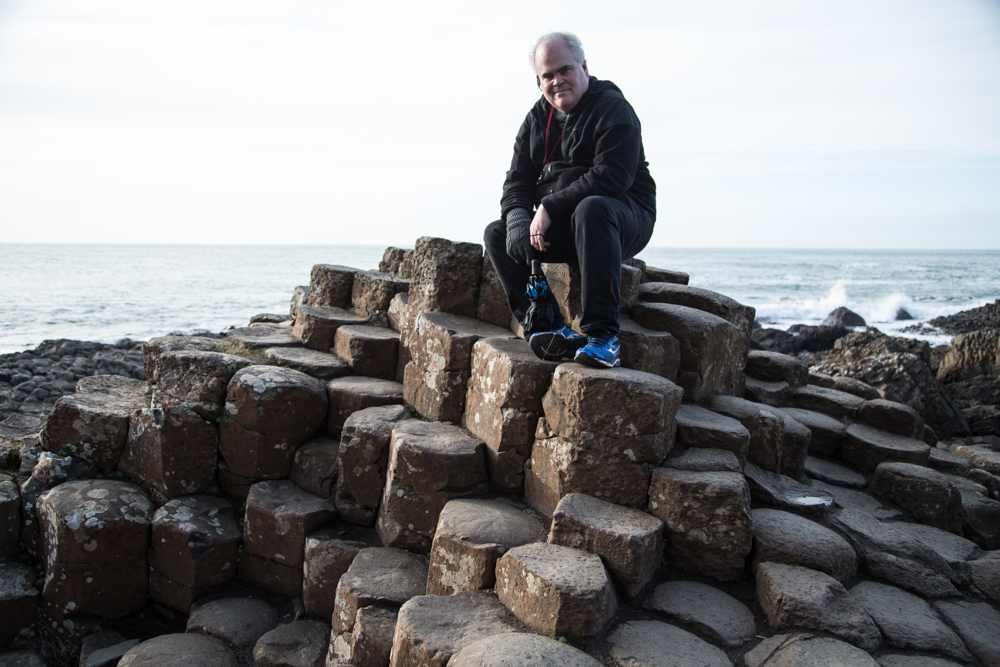 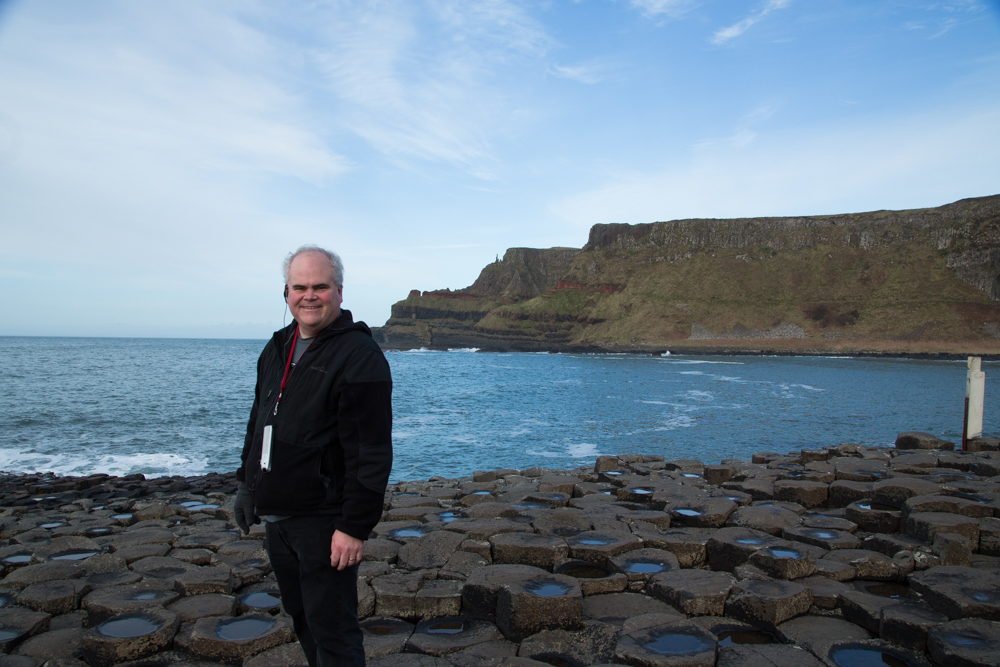 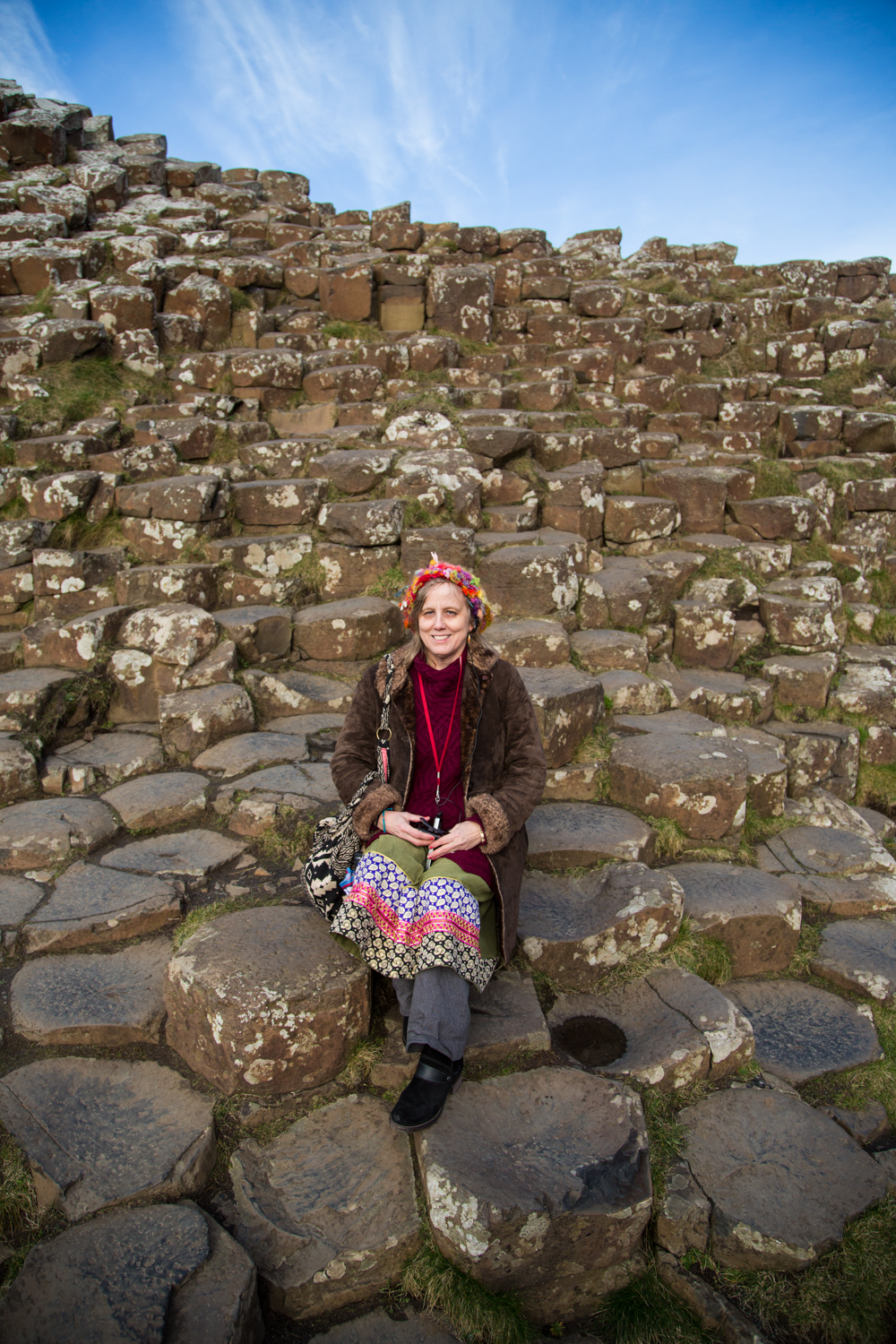 And that night, after dinner, Joe wandered out to see the museum again.  It’s next to the slipways where they built the Titanic, and the boundaries of the ship are marked out, with some deck plans.  The museum itself is the height of the Titanic up to the promenade deck.  Add it all up and it was easy to imagine the ship sitting there as it was built.  Haunting. 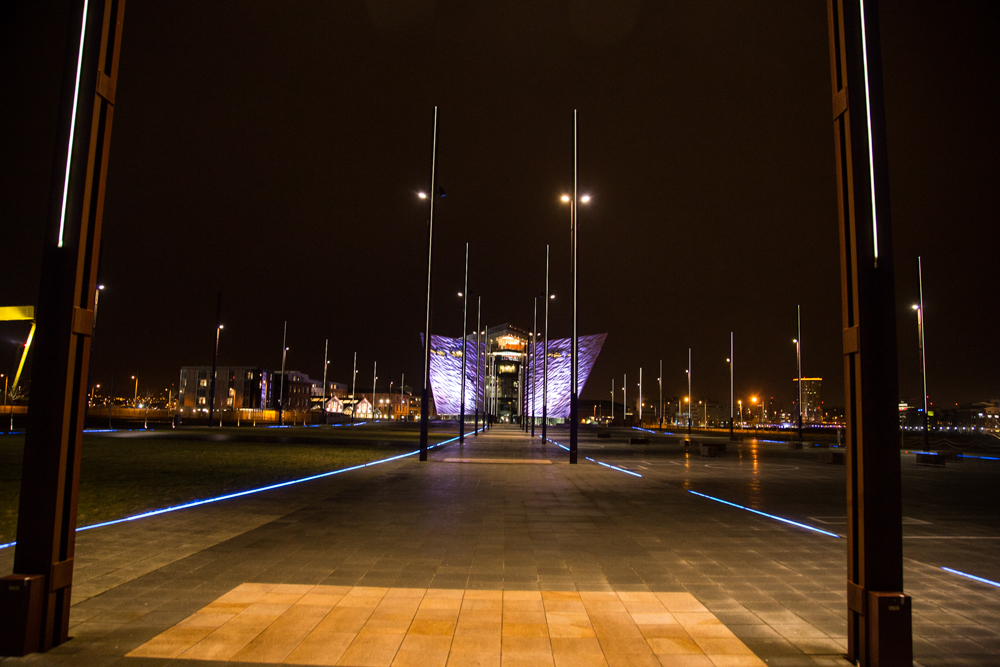 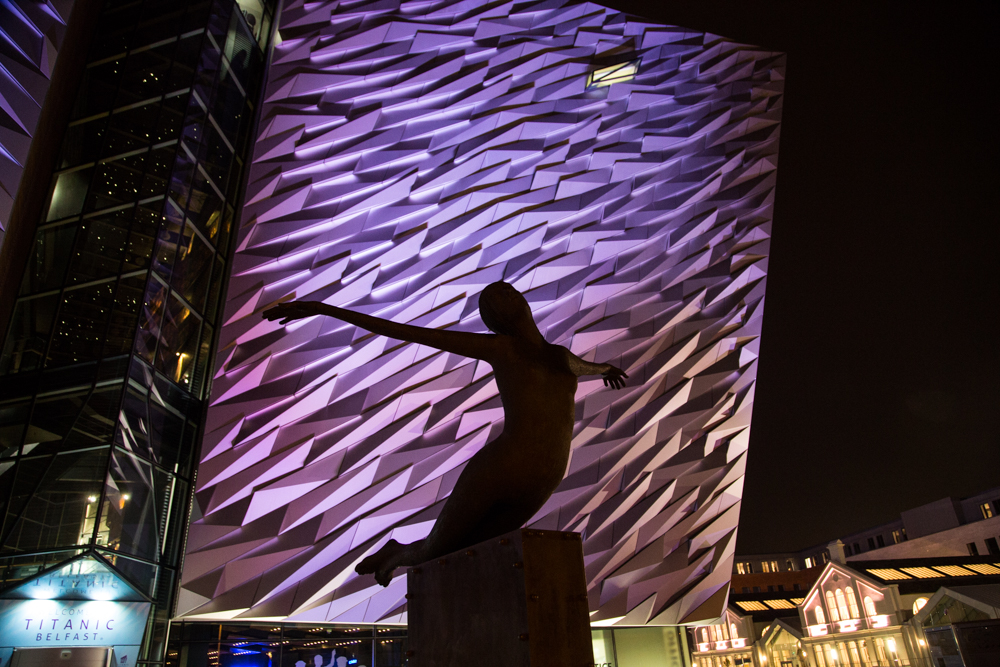 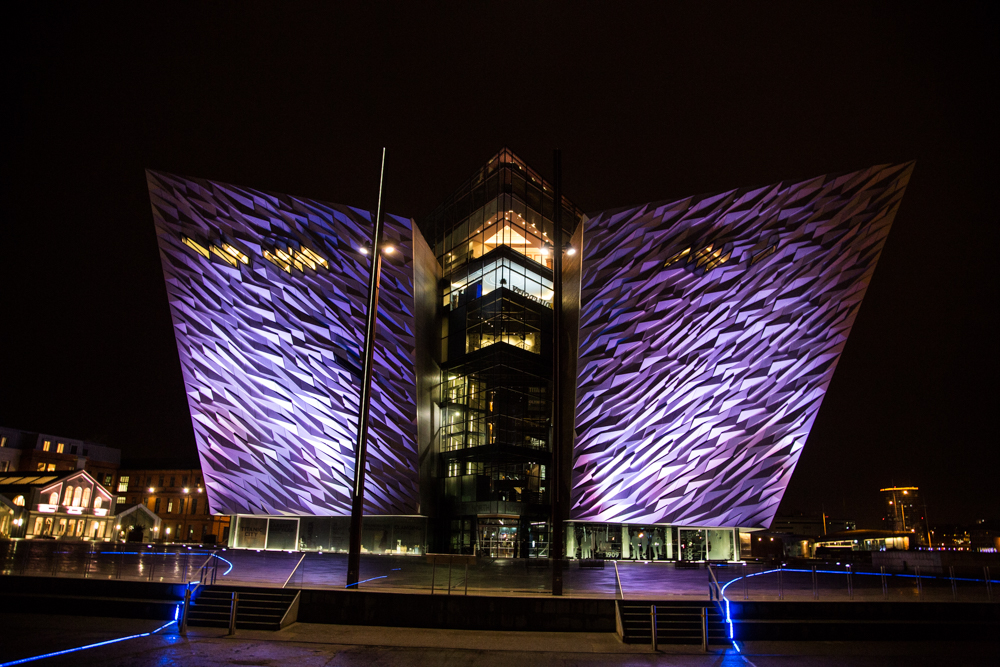 And that was our Ireland trip!