Morning: scuba diving. A couple of rays, a lot of turtles, one guy making silly faces. (Note: you should not intentionally remove your regulator while diving. (The regulator is the mouthpiece that you breathe through.Â  (Okay, scuba geeks.Â  That’s not quite complete.Â  But close enough.)) Other note: I’m not terribly good at following rules.) 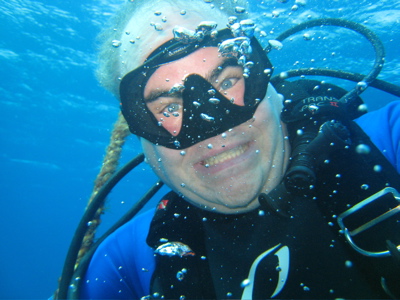 Early afternoon: A visit to the Grand Cayman turtle farm. It was a lot more interesting than it sounds – they farm green sea turtles. Lots and lots of tanks full of large sea turtles, ranging from a few months old up to 30+ year-old breeders. You can lift the 1-2 year olds, and touch lots of them. Interesting observation: the skin of the turtle legs gradually hardens and becomes the shell. There is no transition of the sort you would expect from cartoons – the legs and head cannot retract into the shell, because they do not go into the shell: they just become it. 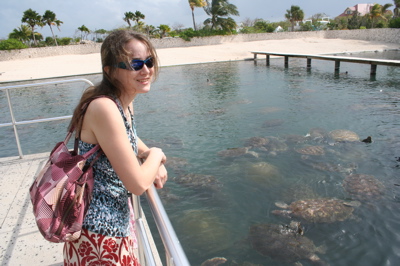 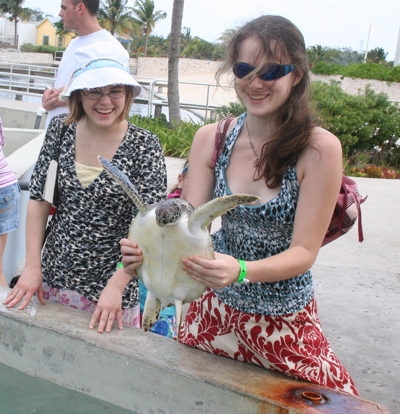 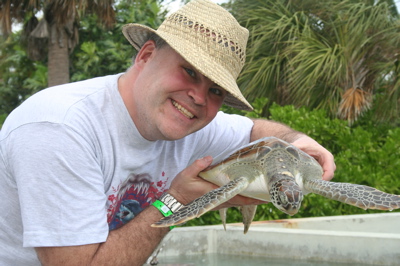 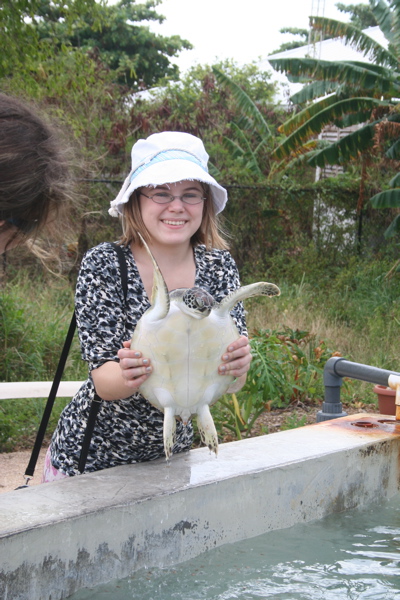 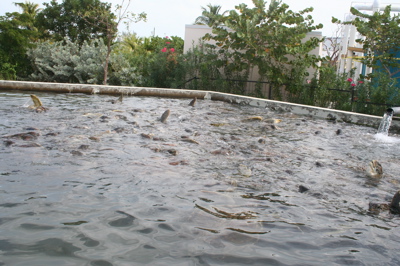 After turtles, we stop off for a quick visit to Hell. That’s the name of a post office, here on Grand Cayman. 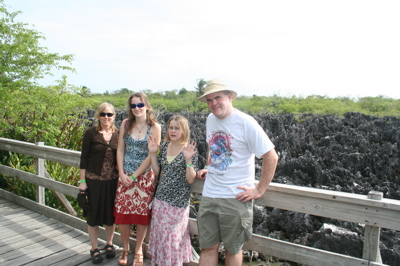 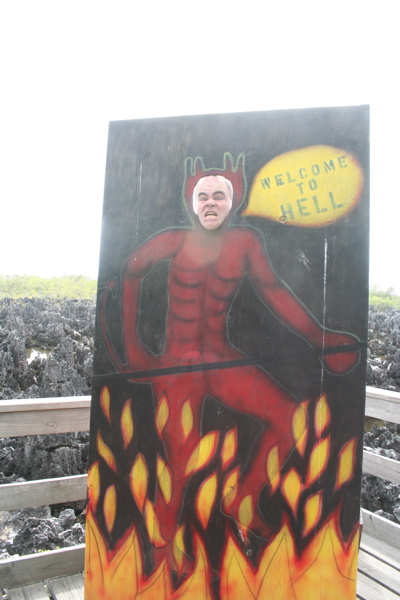 Late afternoon: Snorkel with Kate and Diana.Â  We see a bunch of cool stuff, including a conch shell inhabited by a conch. 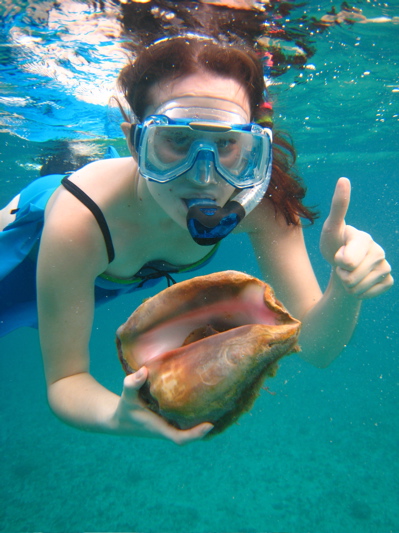 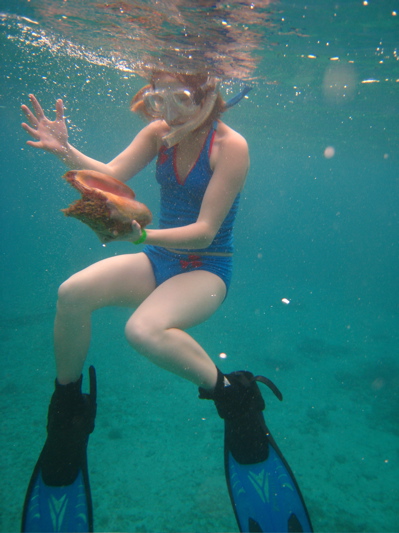 Throughout the afternoon: Andy goes on a walk down Seven Mile Beach. The whole seven miles of it.

Evening: Dinner at the beach party run by the resort. And not terribly well-run, I’m afraid. But at least Kate and Diana get to go free, thanks to Kate’s l33t limbo skillz. 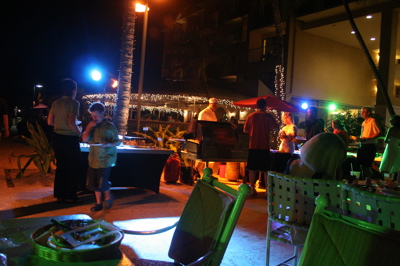 Two days down. And already our days are getting booked up – so much to do between now and next Thursday, so much that you’ll read about here.

This entry was posted in family, travel. Bookmark the permalink.

3 Responses to Another day…