On Tuesday, we drove into Old San Juan, a roughly two-hour drive from our resort. Â Once there, we visited the Castillo de San Cristobal, an immense fort built over 150 years starting in 1634, first used by the Spanish to defend their gateway to the West Indies, but later used to watch for submarines during WWII. Â An impressive place with incredible views. 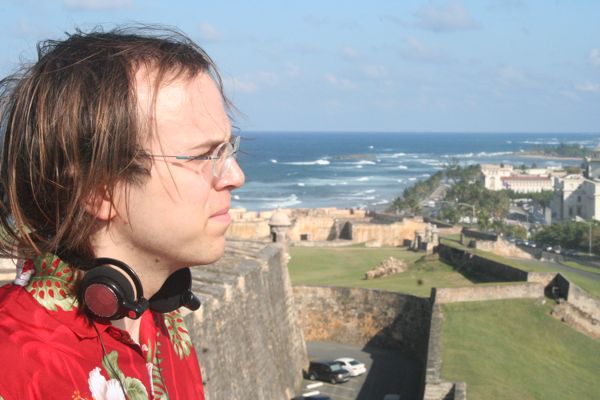 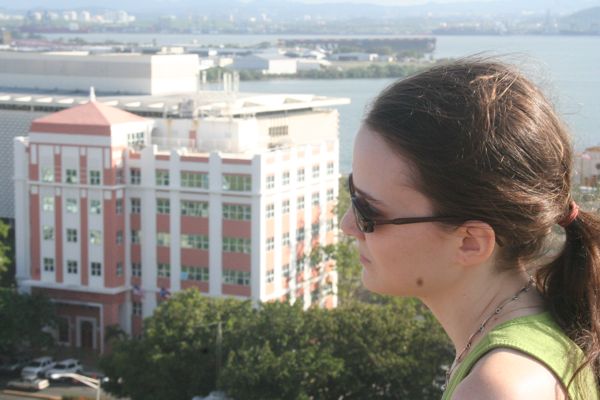 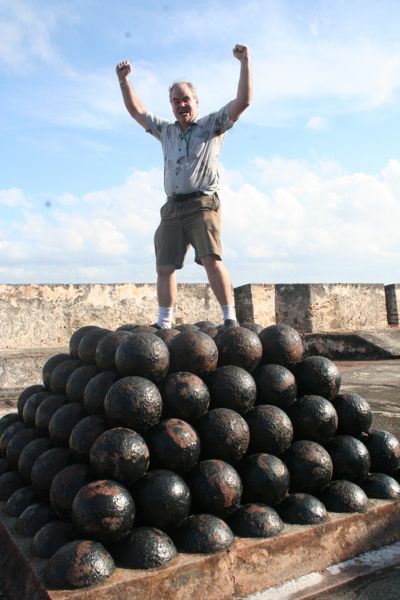 Here’s one of the watch stations built during WWII, a strange thing to see grafted to the side of an old-style fort. 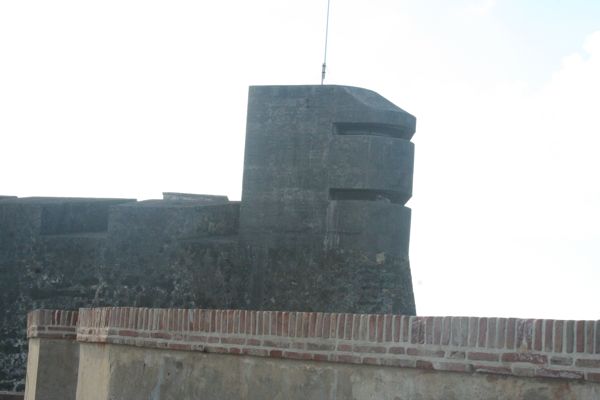 After that, we shopped for a while in the streets of Old San Juan, a place filled with shops catering to the cruise ships that often make this a port of call. Â Then it was dinner at a nice Japanese place that Andy visited while on cruise last year, then a stroll back to the car passing by the decorated plaza. 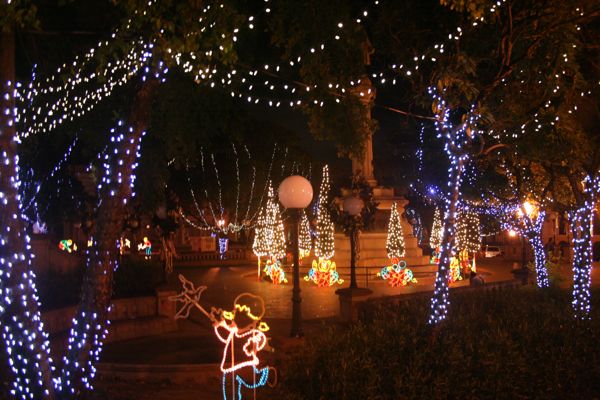 And on Wednesday, we rested. Â A little body surfing, a little snorkeling, a lot of sitting by the beach and reading. Â Then we finished off the day by paying a visit to a local theater and watching “Sherlock Holmes” (in English, with Spanish subtitles).

A restful and delightful day.

One Response to Tuesday, Wednesday