Julie is taking anÂ encaustic print-making class in Santa Fe. Â (Yeah, I’m not sure what that means either.) Â Which sounds like an excellent excuse for us to do some travel.

We’re here now. Â Our first day, we left on an appallingly early plane. Â But that gave us most of a day in Santa Fe, a day in which we visited six art museums. Â Saw some nice stuff too, though no photos were allowed for the best stuff. Â But here’s one of me with a statue at the Museum of Indian Arts and Culture. 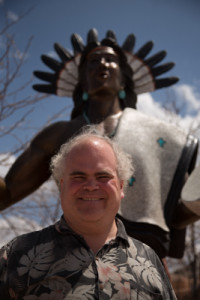 The second day, Julie went to class. Â I worked in our B&B. Â Got a fair amount done. Â But when I picked her up, there was still time for a hike through mountain trails. Â And lovely trails they were. 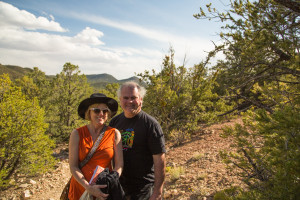 I also find myself greatly enjoying the strange plants of the southwest. 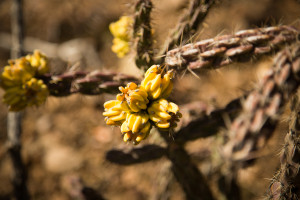 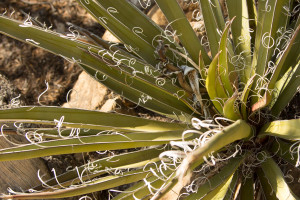 Day three: Julie in class again. Â I worked half a day, then spent sometime museum hopping in downtown Santa Fe. Â I was surprised at how much I enjoyed the New Mexico History Museum, both the exhibits on New Mexico history and special exhibits on the Harvey Girls (waitresses imported to the west, largely from Kansas City, to work at high quality restaurants built as the railroads moved into the west), pinhole cameras, and artistic representations of Mary done by artists from the Americas. Â Here’s a rather disturbing “Lady of Sorrows,” including a wig made with human hair. 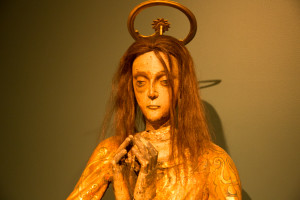