It’s our first full day in London. Â And what did we do today? Â I’m glad you asked.

As usual, I woke up early and had to GET OUT AND DO SOMETHING!!!! So while all the lay-abouts were lying in, I went on an early morning walk to Hyde Park. Â No great pictures, but I had fun.

We all gathered for breakfast at 10. Â (Well, Julie and I had eaten earlier, before I walked and she decided a little more sleep was in order. Â But we sat with the kids while they ate.) Â Then it was off to the Victoria and Albert Museum of Design. Â I got a chance to let out my inner peasant: 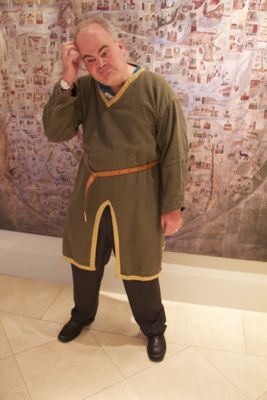 The V&A is a terrific museum. Â The first time I went, I didn’t know quite what to expect. Â I mean, a museum of design? Â Really? Â But the place bowled me over. Â It’s full of strange statues, medieval tapestries, unusual ironwork from around the world, and just about anything else to surprise you. Â As Andy described it, every time you turn a corner you’re likely to run into something weird and completely unexpected. Â We all loved it.

Then it was the Natural History Museum, which is right next door. Â Ooh boy, was it crowded! Â Julie seemed to want to roll up her sleeves and kill someone. Â Probably me.

But we still had a great time, though in the butterfly exhibit, Kate was attacked by a particularly vicious butterfly. 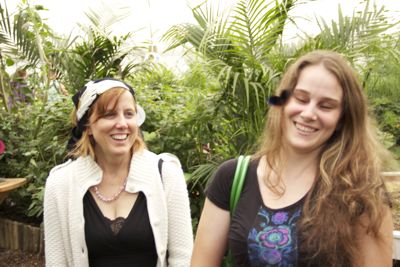 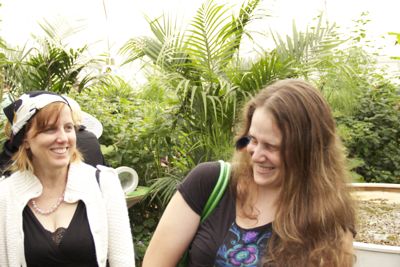 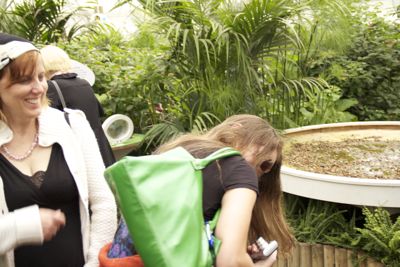 Then it was time for the Science Museum, something that Andy likes to visit. 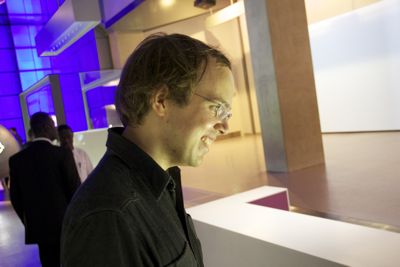 We then grabbed dinner (nothing particularly noteworthy), then Julie, the girls, and I went on a Jack the Ripper tour. Â This was a guided bus tour focusing on the darker side of London, followed by a walking tour through Whitechapel where we visited the places where Jack the Ripper made his kills. Â There really isn’t much left from those days (the site of the last and most brutal killing is now a parking garage, though at least it’s reported to be a haunted parking garage), but the guide was superb and there was an eerie feeling from walking the streets where Jack walked.

At one point, the guide was talking to us, describing one of the killings. Â Julie and the girls happened to be standing next to him, so I started snapping pictures. Â Suddenly, he turned to me and said, “Are you a newspaperman?” Â (And with the Murdoch scandals leading the news, right now reporters in London are about as popular as old Saucy Jack.) Â We got that resolved, but there was that strange moment of confrontation. 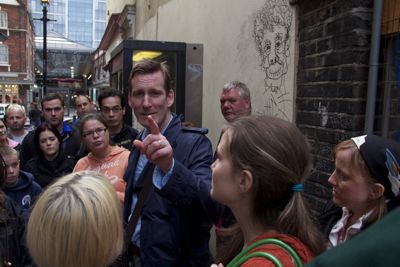 Of course, there does seem to be something about Whitechapel that brings out the worst in some people. 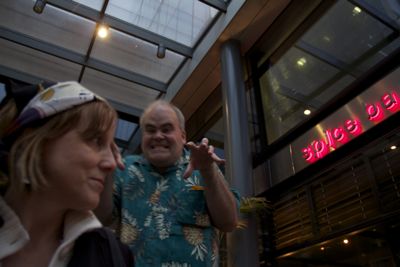