A few of my favorite things

If you were to ask me what is the most beautiful place that I’ve ever visited, I’d be hard pressed to pick just one. Â But somewhere on my short list you would find Leeds Castle.

Leeds is a castle associated with various queens of England. Â The castle is nice, but the grounds are stunning. Â Every viewing angle is carefully designed to maximize the visual pleasure. Â It’s a treat to just wander the grounds with eyes soaking in the scenery.

Today we went on our second bus tour of this trip. Â The first stop was Leeds. Â Here’s a few pictures I took there. 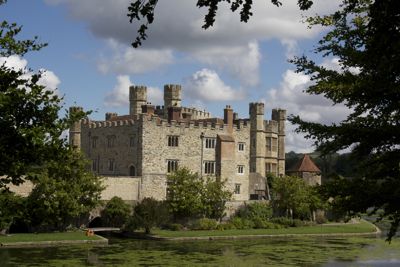 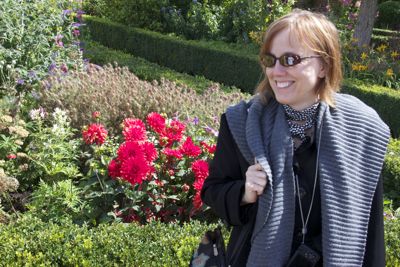 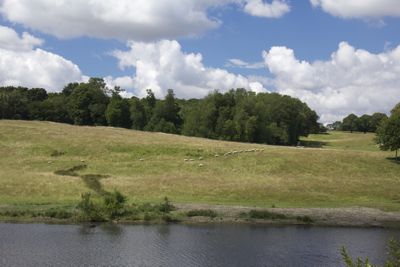 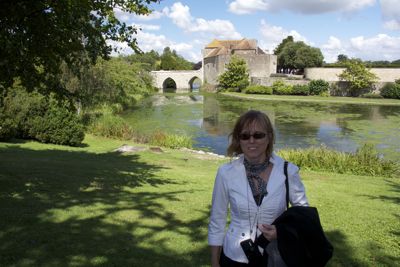 See what I mean?

The second stop was hardly a stop at all but instead a drive through Dover. Â We drove by the major sites and stopped for a ten minute photo op. Â Here’s Julie and me with the cliffs in the background. 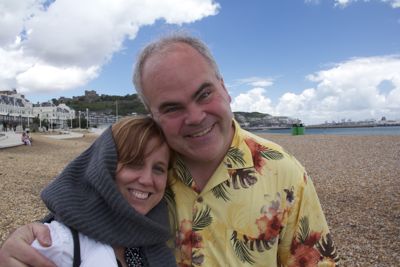 Then it was off to Canterbury where we visited the cathedral, and where I made a point of reading the Canterbury Tales while riding the bus into town. Â Funny stuff – that Chaucer fellow has a real future ahead of him.

Much of the cathedral was off-limits to visitors as there was a school graduation going on (this is graduation week in England, and we’ve seen groups of robed students throughout our travels). Â The downside: we did not get a chance to see where Thomas Beckett was killed. Â The upside: there was live organ music in the cathedral for much of our visit. Â And there were still plenty of lovely things to see. 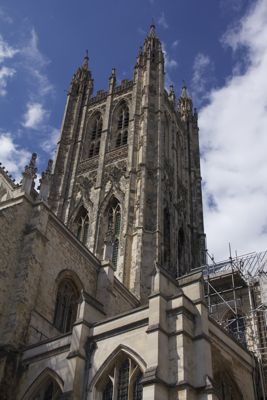 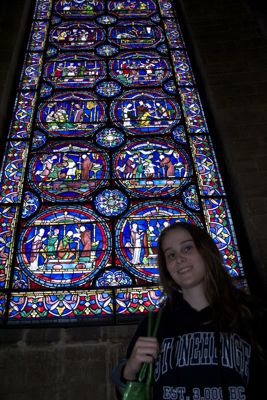 And by the way, this is the gyrations your humble photographer goes through to get a shot like this: 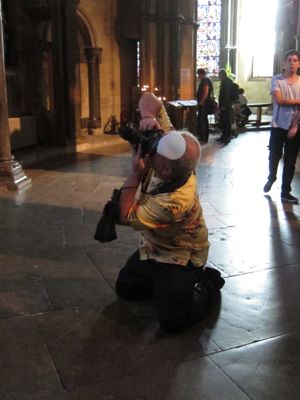 Given my knees, and figuring in the weight of the camera and flash that I carry around all day, you should appreciate how I suffer for your enjoyment!

Then at last we stopped at Greenwich where we took a boat ride up the Thames to the heart of the city. Â The boat was a strange thing, jet propelled and making several stops at various docks along the river, feeling like a subway-on-the-water. Â But the scenery from this water-subway was a lot better than had it been underground. 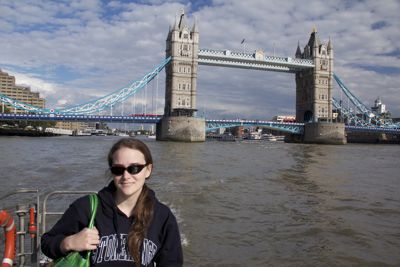 I am happy to report that London Bridge did not fall down when we passed beneath it. Â (Not that this is a picture of London Bridge, which is a rather boring thing to look at.)

Then it was time for dinner, then a visit to the Tate Modern, London’s best modern art museum, which is open late on Fridays. Â Much fun was had by all.

What’s my favorite thing I saw at the Tate? Â Actually, it wasn’t a piece of art at the Tate at all. Â On leaving the Tate, we crossed the Millennium Bridge, a lovely walking bridge across the Thames. Â And at the end of the Millennium Bridge is a marvelous view of St Paul’s, as previously mentioned one of my favorite buildings in the world. Â So I was able to bask in the view of St Paul’s at dusk. Â Marvelous! 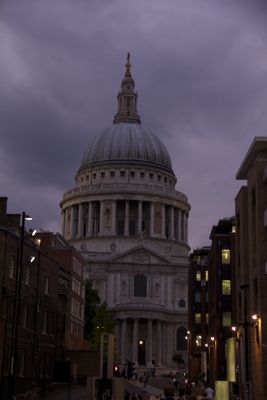