We ended our road trip with three nights in Niagara Falls. Â We stayed on the Canadian side at the Marriott Fallsview and Spa where we had a terrific view of the falls from our room. Â This is the view that awaited us on our return each evening. 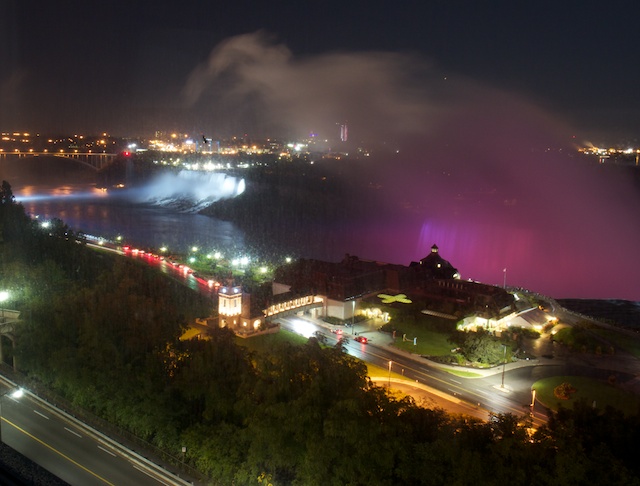 Niagara is full of the sublime and the ridiculous. Â The sublime, of course, is the falls and the various sights along the Niagara River, including a class 6 rapids and a whirlpool. Â The ridiculous is all the tourist attractions that have sprung up in the area, including casinos (I ended up losing around $40. Â Though I was a big winner the first night – I was ahead a whole $2.50), wax museums, and displays of the antics of the local daredevils.

They do make the most of the falls, though. Â There’s ledges where you can stand right next to the falls: 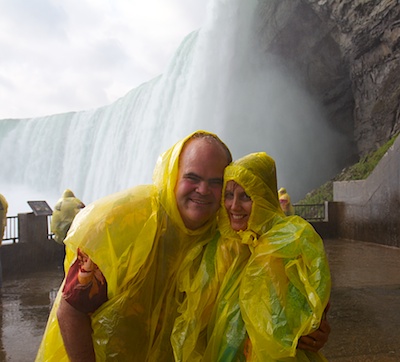 The Maid of the Mist, a set of boats in which you can ride right up to the falls: 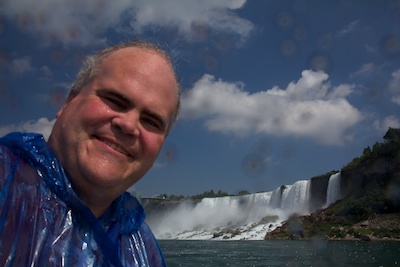 A walkway where you can walk next to the rapids: 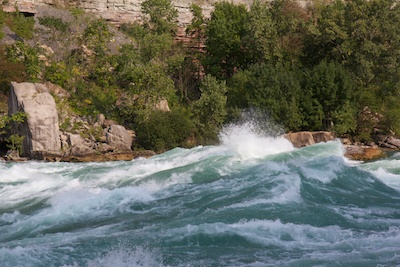 And a rotating restaurant atop a tower where you can dine 60 stories above the falls: 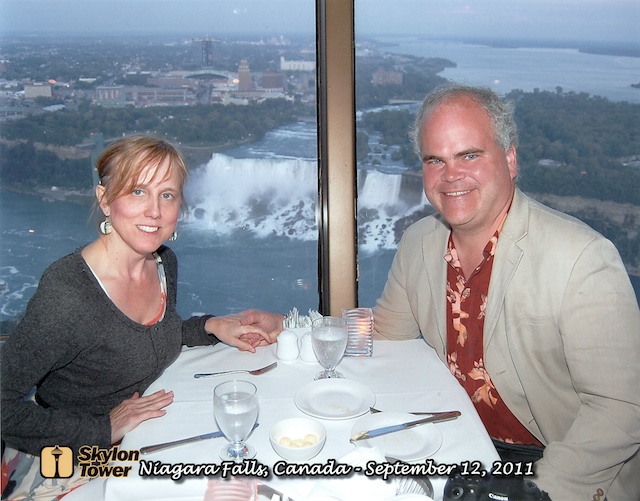 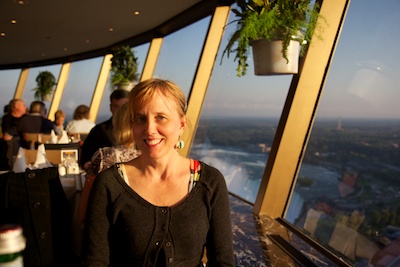 And here am I, next to a picture of Annie Taylor, the first person to survive a trip over the falls in a barrel. Â She was a 63-year-old school teacher who hoped to achieve fame and fortune by her feat. Â Fame she got, at least in Niagara. Â Fortune, not so much: her agent took the barrel and traveled around with a younger woman playing the part of the daredevil on the grounds that no one would pay to see the old woman, and Annie died in poverty, begging drinks on the streets of Niagara.

But of course, one comes to the falls for the falls. Â And to take one’s picture by the falls. Â Which does not disappoint. Â Here’s my favorites from the trip: 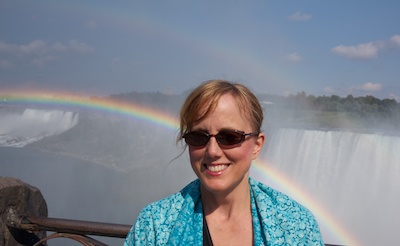 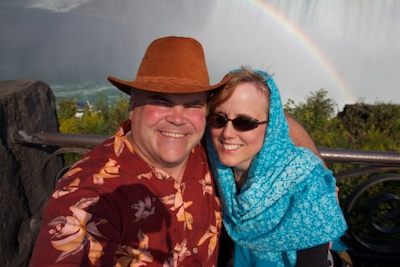 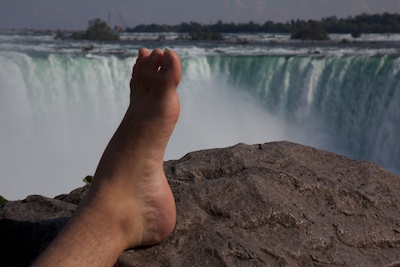 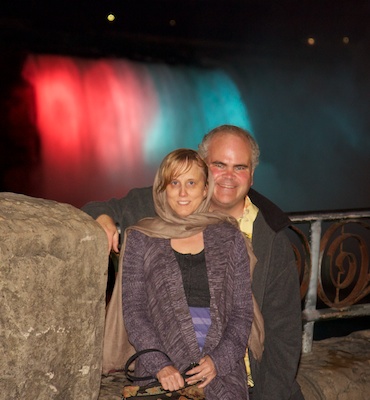 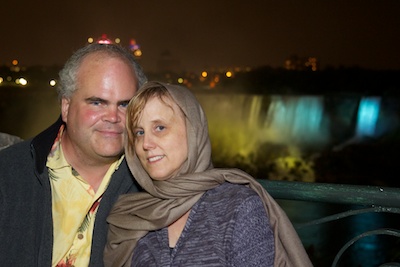 Important safety tip. Â When photographing a couple of vastly different sizes, put the big one in back! 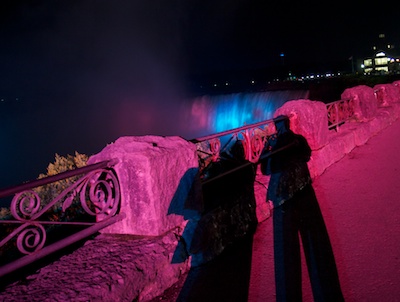 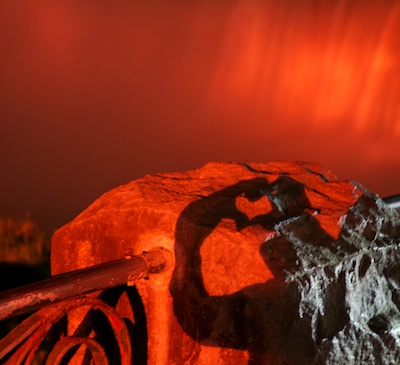 And so, after a long day’s drive, ended our Great Northern Roadtrip. Â Next stop, Egypt!