As you may know, I took this past summer off. Â Mixx had come to an end and there was no reason to rush into something new. Â I’ve been wanting to take a summer off for years, and this seemed like the one to take. Â I’ve been saying I’m “pretired” – kind of like being retired, but you know you have to go back to work someday.

The summer has involved a lot of travel. Â This week is the climax: the trip that, to a large extent, the summer has been building to, in research, in purchases, in preparations of various sorts. Â That’s a trip to Egypt.

Julie and I are in Egypt now, on a tour run under the auspices of the Smithsonian. Â We got here this morning, joined our tour group, and I’m sitting in our first hotel while Julie does some yoga. Â My first trip to Africa, and oh, how I’ve been looking forward to this journey.

But things in Egypt are a bit unsettled. Â If you’ve been reading the news, you know that the country is going through a period of civil unrest. Â 26 people were killed in riots over last weekend and no one knows when the next shoe is going to drop. Â It’s an interesting place to be right now. Â (Though I emphasize that we’re perfectly safe. Â Things have calmed since the weekend, and they aren’t letting us anywhere near trouble spots. Â And the Egyptians that I’ve encountered have all been perfectly friendly.)

Due to this, the trip has gone through a number of changes. Â We’re still going to see all the big sites originally planned, just not in the original order.

Anyway, here we are, the first day, and the tour guides scheduled a little downtime to let people get over jet lag. Â Downtime! Â Hah! Â I scoff at the concept! Â I’ve had big plans of how to use these few hours, to wander about Cairo and get a jump on some of the big tourist attractions. Â Maybe even stop by the Egypt Museum and let King Tut know we’re coming.

Alas, because of the various itinerary changes, we’re not taking our downtime at the hotel in the middle of Cairo as originally planned. Â Instead, we’re on the outskirts, so the Boy King will have to wait. Â Instead, I went for a walk through the nearby neighborhood, an urban-residential area full of apartment buildings and small shops.

Which, as it happens, proved to be fascinating. Â Here’s a few things I learned about Egypt:

1. The artists support the revolution. Â Here’s a couple of scenes from a wall of revolutionary graffiti that I spotted: 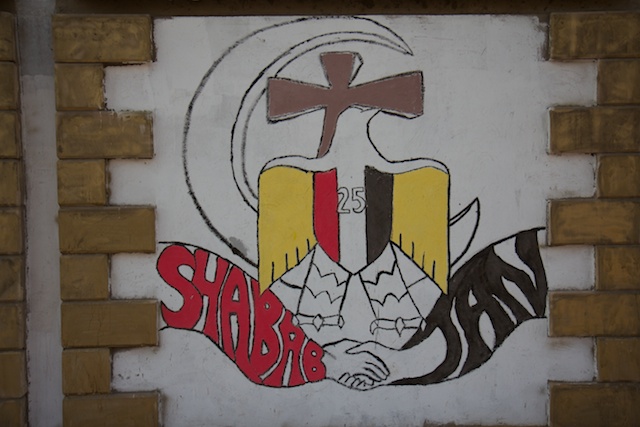 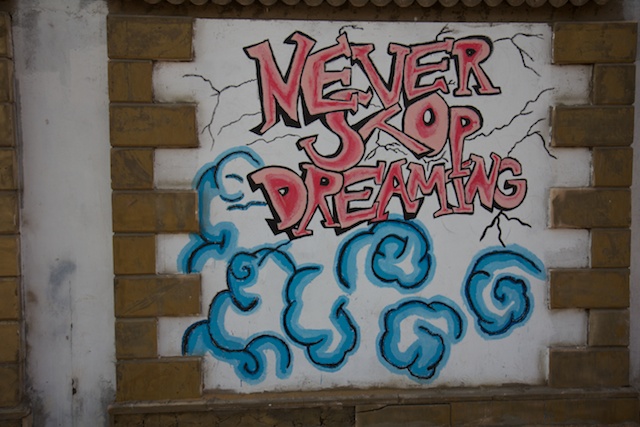 And they recognize the part that social media played as well: 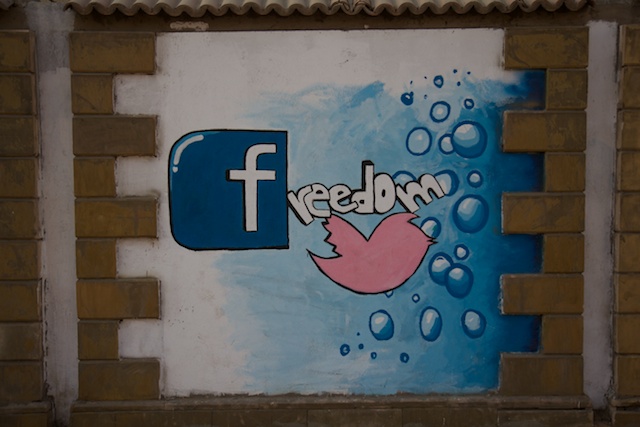 2. The Egyptians enjoy their greenery. Â Here’s a few pictures of the parks, verdant medians, and patches of trees that can be found on the streets of Cairo: 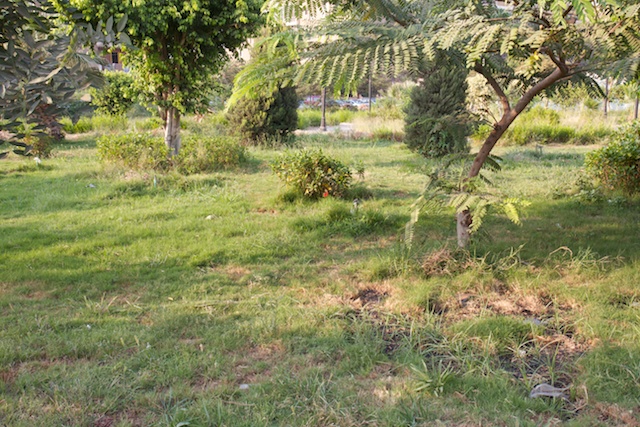 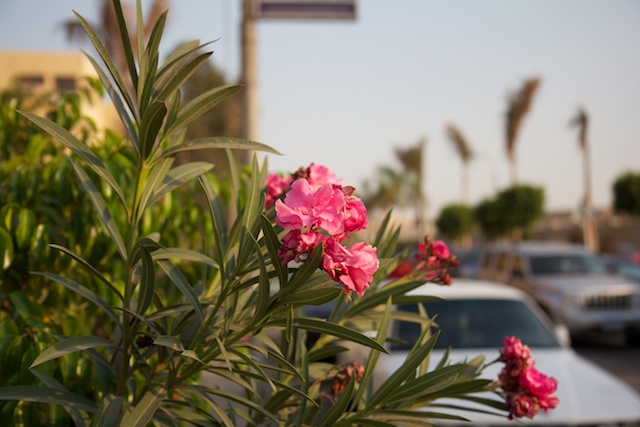 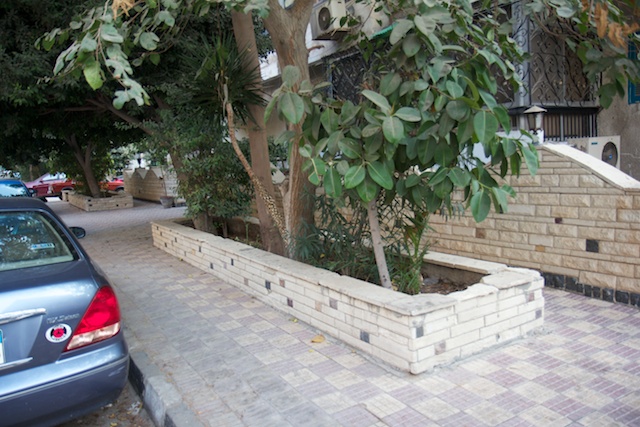 But here’s the interesting part of this, something that took me a little while to realize. Â Egypt is a desert. Â Cairo gets about three inches of rain a year. Â So all that greenery requires that someone irrigate the grass or water the trees. Â Here’s a comparison of two pieces of land: the foreground is not irrigated, the background is. 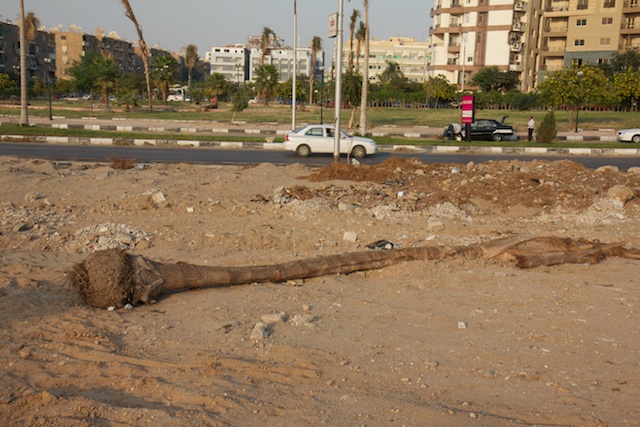 And sure enough, look a little closer at the park and you see this: 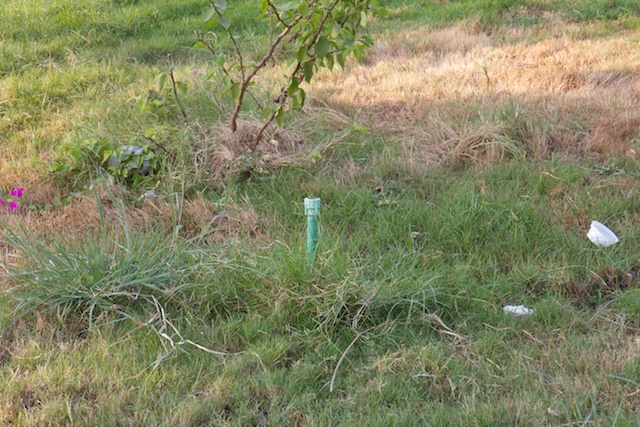 3. The street signs are all in Arabic. Â (Makes sense: that’s the national language, though it did negate the value of the map that I got from the hotel.) 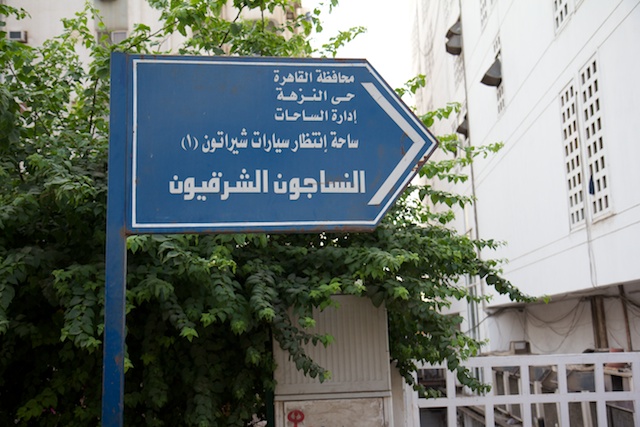 But the signs on stores are in both Arabic and English. Â Some commercial signs are only in English. Â I have no idea why this is so. 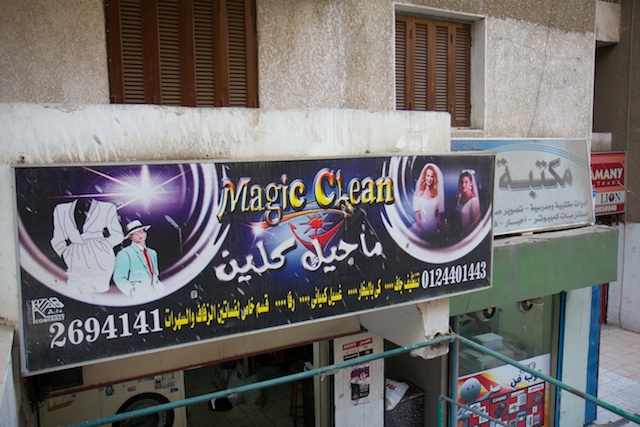 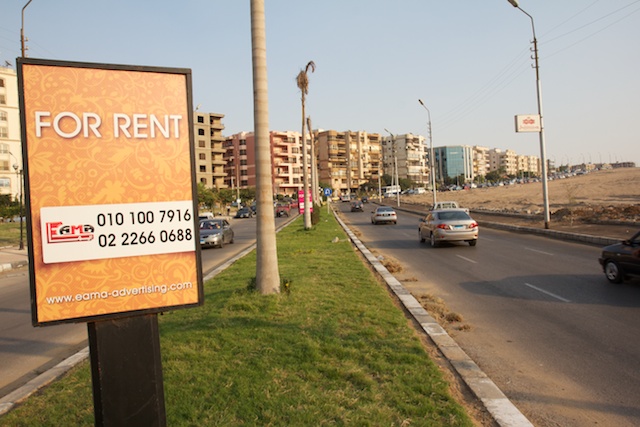 4. The children of Bast are still doing well in Egypt. Â And because that’s what the internet is all about, I hereby present you with pictures of cute kitties (probably the only time you’ll ever see such a thing on this blog). 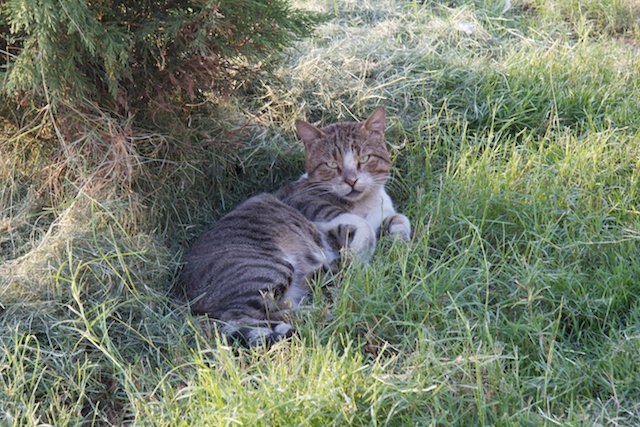 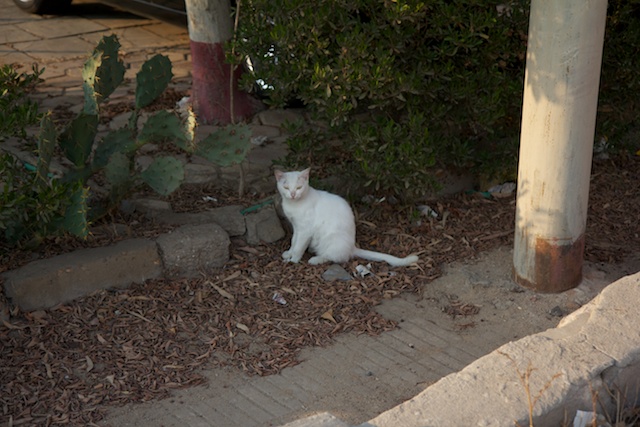 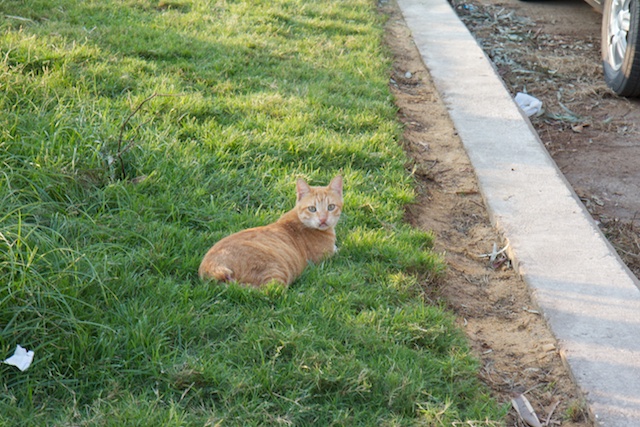 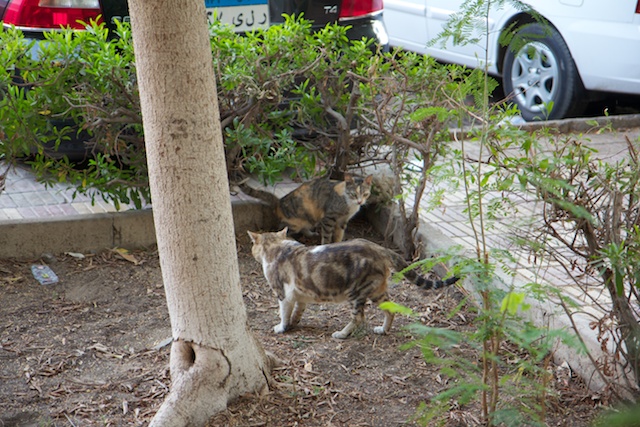 And a logistics note: I’m going to try to update this regularly. Â But I’m not sure we’ll have internet connectivity everywhere that we’re visiting. Â So don’t be surprised if I miss a few days here and there.

One Response to Egypt