A long, tiring day, full of great art, good food, and lots of walking. Â We went to the Vatican, including spending several hours in the Vatican Museum (which has amazing art), not to mention St Peter’s Basilica and the Sistene Chapel, visited the Pantheon, visited the Doria Pamphilj gallery, visited some random church, and had a marvelous dinner at the restaurant where they supposedly invented Fettuccini Alfredo (and the FA there was the best I’ve ever tasted).

Not much theme to the day, other than the great art. Â I have developed a great fondness for the paintings of Caravaggio, and I saw three of his originals plus one very good reproduction. Â But there was plenty of other good stuff.

But before I get into a bunch of pictures from the day, let me share a picture of one of the most important shrines in Rome. 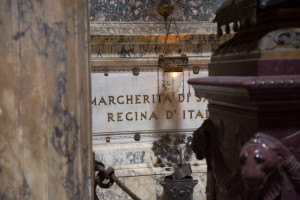 That is the tomb of Queen Margherita in the Pantheon. Â Margherita was the second queen of Italy. Â It is because of her that we have the modern pizza, with cheese, tomato sauce, and basil (which represent white, red, and green – the colors of the Italian flag). Â It was invented by a Naples chef who wanted to impress the queen, and even now in fancier pizzerias you will find that kind of pizza called a Margherita Pizza.

Now on with the pictures: 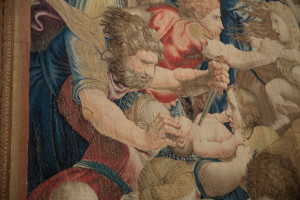 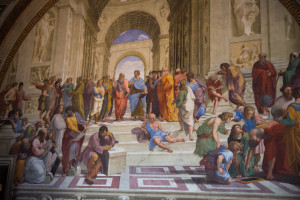 In this depiction of the geniuses of ancient Greece, Rafael decided to paint in all his artist buddies as Greek geniuses, including Michaelangelo, Leonardo, and himself. 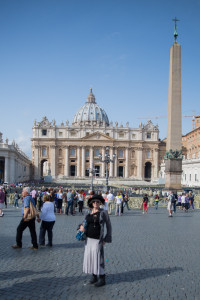 There’s that woman I keep running into in Italy, this time at the Vatican. Â Good thing she’s pretty. 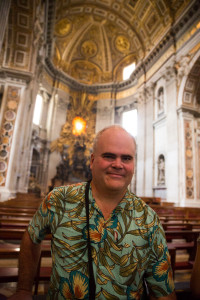 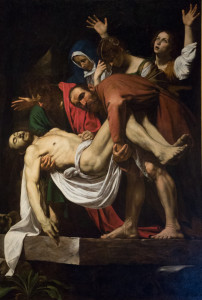 My favorite Caravaggio of the day, one that’s in the Vatican Museum. Â I love Caravaggio’s use of light to tell story – and it should be noted he’s a favorite of many cinematographers. 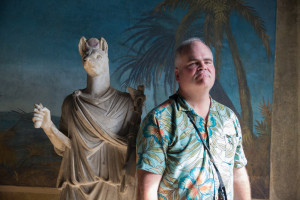 In Rome, Annubis is so cool that he wears a toga to all the parties. Â He invited me along as his wingman at this one. 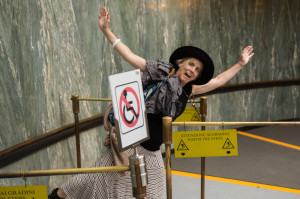 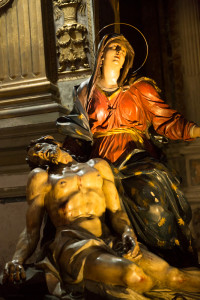 In Rome, if you walk into a random church that you just happened to pass on the street, you’re likely to see all sorts of cool art like this. Â Pretty neat.