Travel gives a chance to see and think new things. Â But it can also bring thoughts of those we once knew.

This trip, I’m spending a lot of time thinking about my dear friend, Walter Neill, who passed away last November. Â Walt loved to travel, and one of his favorite trips had been to Rome. Â He also was a fond reader of this blog and frequently commented on my travel posts. Â I’m sure that if Walt were still alive, he would be reading and commenting on these entries, and probably passing on valuable tips for travel in Rome.

I’m particularly missing WaltÂ today because I have a story he would have loved that is in part about him.

Today, after visiting the Vatican, Julie and I popped into a minor art museum in Rome, the Palazzo Doria Pamphilj Gallery. Â The Doria Pamphilj is a family of Italian nobility who collected art over the centuries. Â Their family palazzo is now opened as an art museum, and it is well worth a visit.

As I was listening to the audio guide, I noticedÂ an interesting coincidence. Â One of the things that Walt and I shared over the years was role-playing games, games in which one plays characters in a scenario created by another player. Â In one game that I ran set in Victorian England, Walt played a character based on a nobleman of the time, John Talbot, the Earl of Shrewsbury. 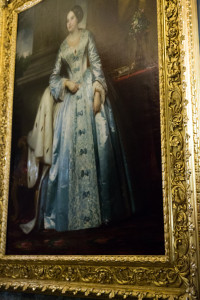 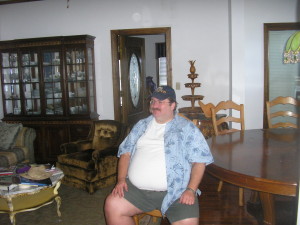 3 Responses to Thoughts of old friends