A day in Florence

Nothing super today, just a lot of enjoyable things in Florence.

Our initial goal was to visit the Pitti Palace, but we got a little lost, so first visited St Lawrence’s Cathedral, where Cosimo Medici, the founder of the family fortune, is buried. Â Donatello, who was Cosimo’s favorite artist, is there too. Â Note that this church, for some reason, has no facade. Â A tour guide explained why a couple days ago, but I must confess to not paying sufficient attention to remember why. 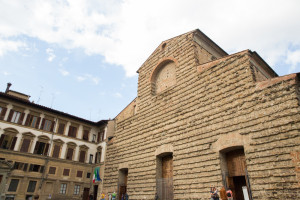 After that, we got to the Pitti Palce. Â The home of the Medicis starting sometime in the 16th century, later the Italian home of Napoleon, it now houses more art that the Medicis collected. 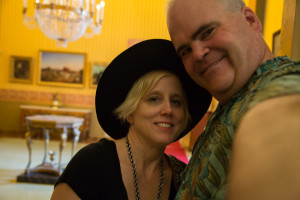 The art here was not as good as what we saw in the Uffizi, but there was another Caravaggio and two more versions of Judith and Holofernes. Â You can see again from these just how sanitized most of these are. 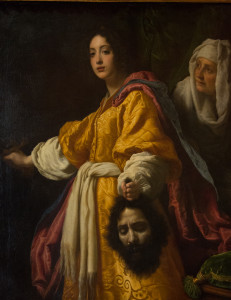 Does she really look determined enoughÂ to have cut off that head? 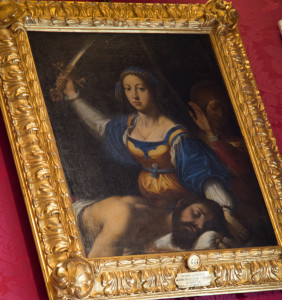 Does she really look like she has the upper body strength to do any real damage with that sword?

The Pitti PalaceÂ also had a fashion museum that Julie liked. Â She was well dressed for it. 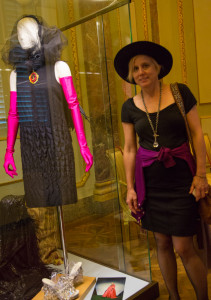 After that, we visited the Boboli Gardens, the gardens of the palace. Â They are extensive and lovely, though not as well groomedÂ as some of the gardens I’ve seen in England and France. Â There were terrific views, however. 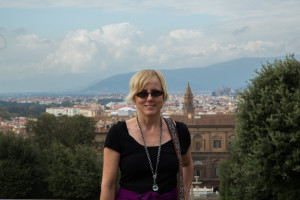 There’s even a grotto with sculpture made of cave formations. Â You couldn’t get away with doing thatÂ back in Virginia! 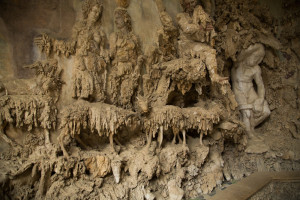 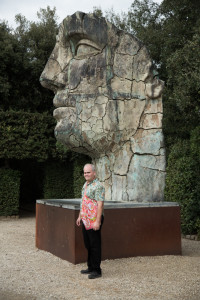 After that, we went to St Croce’s Cathedral. Â Julie said this was her favorite church we’ve seen on this trip because of the terrificÂ medieval art. Â (Julie is a big fan of medieval art.) 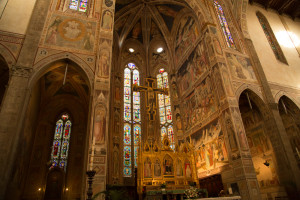 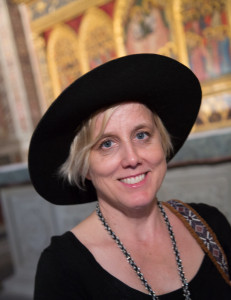 I liked it because of the who’s who of tombs that it contained: Michaelangelo, Enrico Fermi, Macchiavelli, Dante (though remember DanteÂ – there’s going to be more on this in a later blog post). Â And here I am next to another, the tomb of Gallileo: 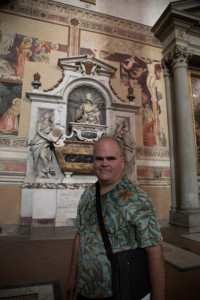 Later, after a marvelous dinner (most of the food we’ve eaten has been terrific, but this evening’s was a standout), we went for a night walk by the Duomo. Â My biggest regret was that I was still too stuffed to get another gelato. Â Good thing I took the precaution of having one earlier in the day. 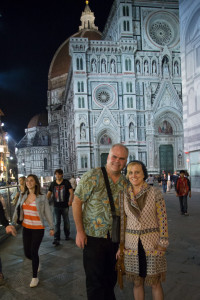