A delay in posting today. Â Bad internet at this new hotel, but it seems to be working now.

We left Florence today. Just to mix things up a bit, we decided to rent a car and do a road trip.

The drive through Tuscany was gorgeous. The Apennines are beautiful mountains. Think of driving through the Shenandoah during spring, only with higher mountains and fewer forests, and you’ve got an idea of what it looks like. No pictures, alas – I was busy driving.

We decided to make a stop in Ravenna. Ravenna was the capital of the Roman Empire in the west for a while right at the end, largely because it was easily defensible at a time when the Romans were taking it on the chin from a lot of sides. It also served as the capital of Justinian’s attempt to recapture the western Roman Empire about a century after it had fallen. As a result of all this, Ravenna has some beautiful mosaics from the late Roman Empire and early Byzantine Period. I had heard that they had the best Byzantine mosaics outside of Turkey, and from what I saw today, I can believe it. 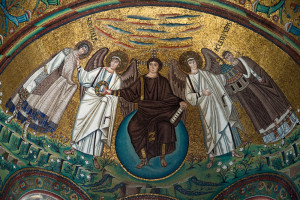 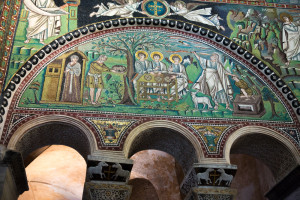 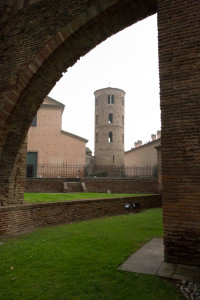 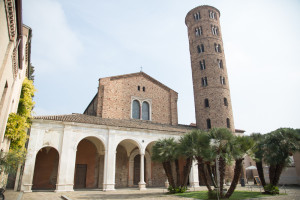 As to one other thing we saw…

Remember a couple postings ago when I mentioned seeing Dante’s Tomb in St Croix Basilica in Florence? Here it is. 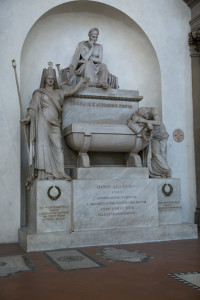 Today we also saw Dante’s Tomb, this time in Ravenna. Here it is. 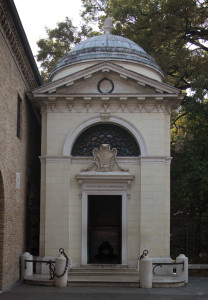 What, you say. How does Dante manage to have two tombs? Well, there’s a story there.

Dante came from Florence. But the city fathers of Florence took offense over something Dante wrote, so they exiled him. He spent the rest of his life roaming around Italy, and he ended up in Ravenna, where they happily took in the famous poet. Dante died there and his hosts buried him locally.

At this point, Florence decided that they really wanted him back. Apparently there’s nothing that Florence likes better than a dead Florentine – much more than a living one. So they asked Ravenna for the return of their famous poet.

Not a chance, said the people of Ravenna. We took him in when you kicked him out, and now we’re keeping him.

A few years later, a Florence man was elected pope. Send back Dante, said the pope, who was much harder to refuse than the city fathers of Florence.

Oops, said Ravenna. We seem to have misplaced him. So sorry, but we can’t accommodate you.

Florence apparently built him a tomb anyway. And a couple centuries later, a coffin full of bones was found hidden away in Ravenna with a note saying that this was Dante. And it appears that it actually is.

And so Dante has tombs in both Florence and Ravenna, though only the Ravenna oneÂ is inhabited. Â And to complicate things further, in Ravenna they shifted his remains about a couple times over the years, so he actually has at least three tombs here in Ravenna. Â Supposedly he’s in the big one above, though at this point I’m not sure how anyone could Â know for certain. 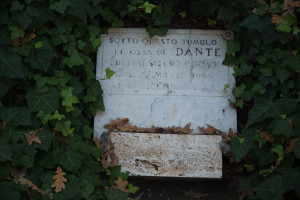 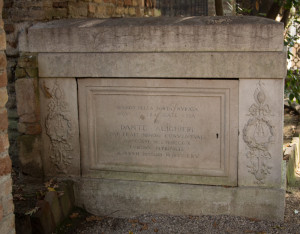 So where are we now? Â Well, if the buses are boats, then it must be Venice! 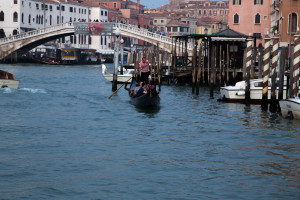 What a fun city – more to come later.

Meanwhile, here’s some other pictures of our day. 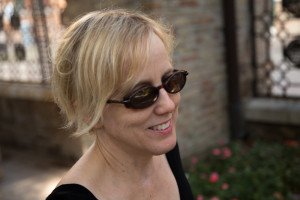 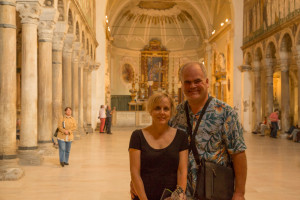